Bringing everyone to the table with Chef Adrienne Cheatham 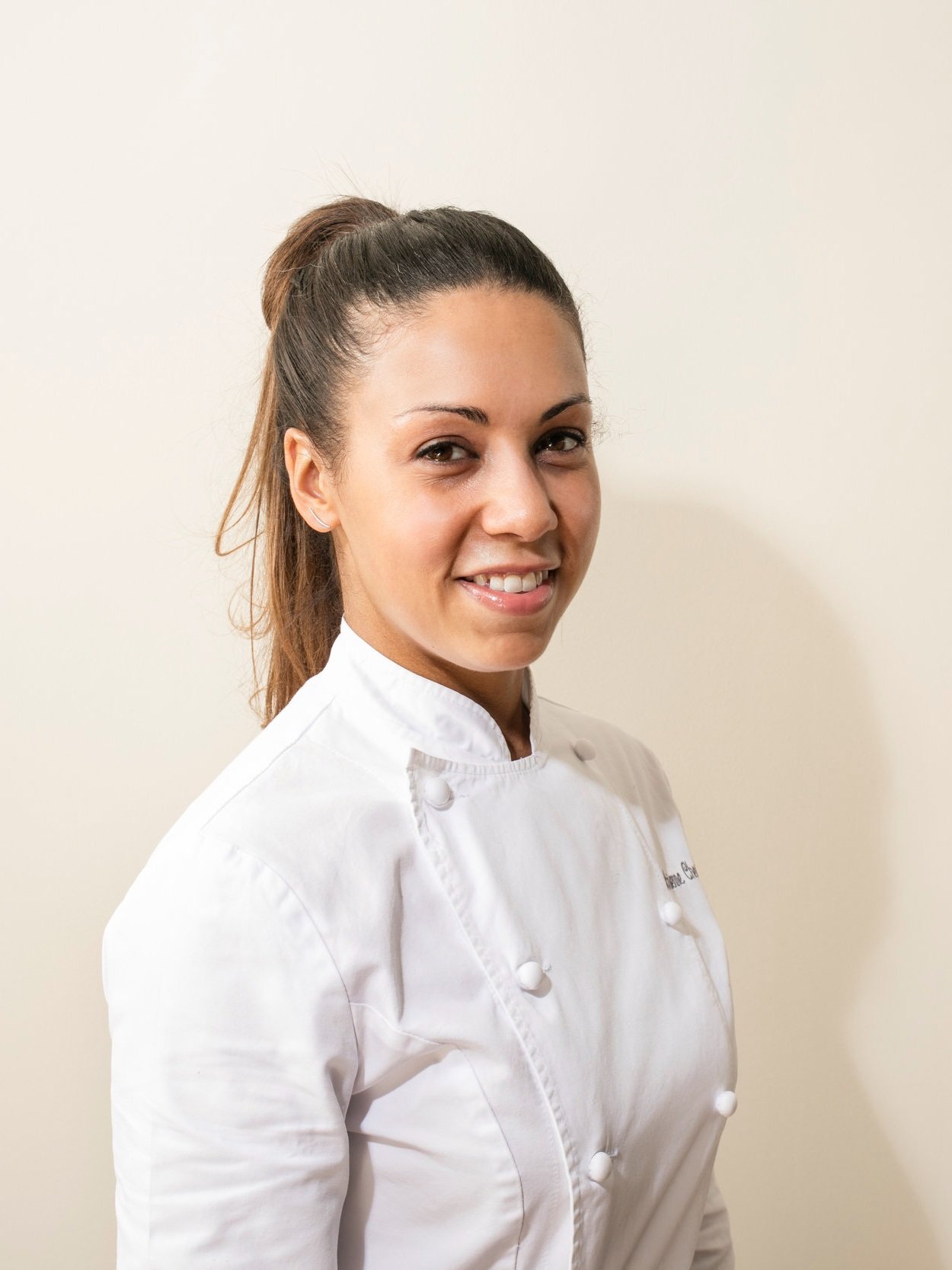 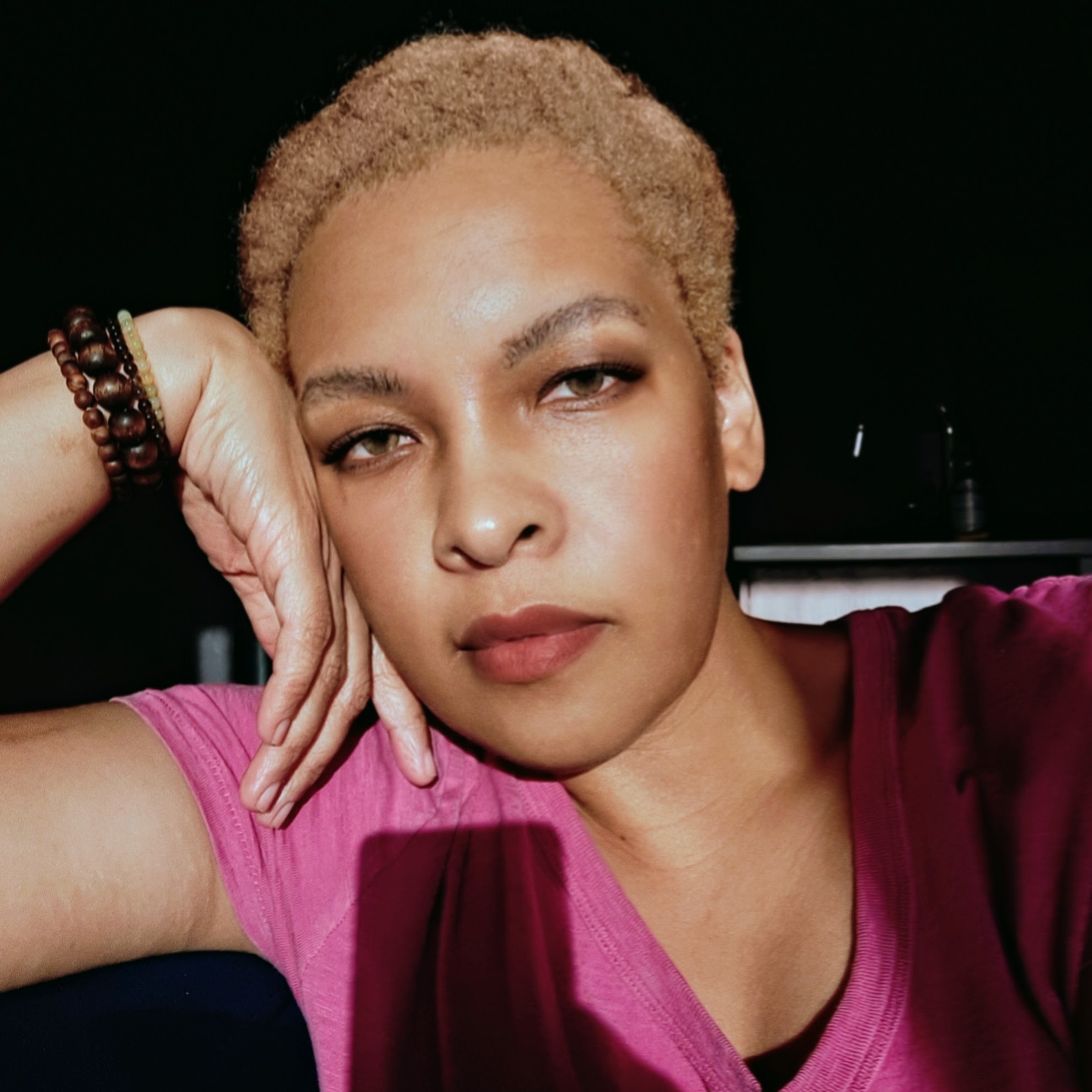 In this bonus episode of the Afros and Knives podcast in collaboration with For the Culture Magazine, host Tiffani Rozier chats with Chef Adrienne Cheatham about her new cookbook, Sunday Best. The full interview is available to the For the Culture patreon community--to hear every moment of this interview and to get access to the transcript head over to www.patreon.com/FortheCultureMagazine

Chef Adrienne grew up in the kitchens and dining rooms of restaurants her mother managed in Chicago, Illinois. She would help with busing tables, running food, washing dishes, and whatever was needed, after homework was finished. At her parents’ insistence, she went to college before pursuing her culinary ambitions, attending Florida A&M University in Tallahassee, Florida, where she studied business and journalism.

Adrienne went on to work with Marcus Samuelsson as the Chef de Cuisine of the Marcus Samuelsson Group, opening Streetbird, where she received a Bib Gourmand from the Michelin Guide, and Marcus’ Bermuda before being promoted to Executive Chef at Red Rooster. Adrienne has also traveled extensively with Chef Marcus for demonstrations, appearances, and festivals. Adrienne curated special tasting menus, including the Black History Month menu at Red Rooster, a multi-course menu inspired by female African-American chefs in the industry. When planning the Red Rooster Cookbook, Marcus tapped Adrienne to test and edit the recipes as well as cook/style all food that was photographed for the book.

Adrienne competed on season 15 of Top Chef, making it all the way to the finale and finishing second. She has been featured as a speaker at Cherry Bombe Magazine’s annual Jubilee festival and was the subject of a New York Times documentary series titled “Tastemakers.” Passionate about nutrition, she works with Schwan’s as part of the Chef’s Collective to develop healthy food for school lunch programs. Adrienne has appeared in Food & Wine, US Weekly, Sports Illustrated online, People, Grubstreet, Eater, AM New York, among others. Adrienne shares a home in Harlem with her best friend and husband, Stephen Bailey. She is also the founder of SundayBest, a pop-up series held in secret locations around Harlem. 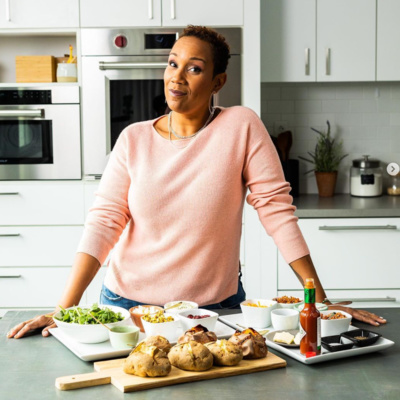 The importance of being authentic with Elle Simone

Elle Simone Scott is a culinary maverick. Always drawn to creative food culture, Elle has been dazzling the culinary world since 2003, quickly becoming a highly sought-after Food Stylist and Culinary Producer. Elle has collaborated and contributed her unique styling abilities most recently to America’s Test Kitchen. Also Food Network, Food Network Magazine, The Cooking Channel, CBS, ABC’s The Chew, and Bravo. Her specialties don’t stop with styling and production. As the Founder and CEO of SheChef Inc., a professional networking organization for women chefs of color and allies. Elle shares her passion by mentoring, resource building, business development, and most importantly, Food Social Justice. Elle continues to inspire others and break glass ceilings, as she is currently the resident Food Stylist & On-Air Talent on America’s Test Kitchen on PBS, the host of the food podcast The Walk-In, and the first African-American woman to do so. Most recently she created a beautiful book titled Boards--in which she shares tips for creating photo-worthy spreads, letting you in on trade secrets ranging from plating techniques to how she keeps things looking fresh on set (and all party long). Across 35 boards you’ll find over 150 of ATK’s foolproof recipes to build your board around or add that special homemade touch, from platter-worthy Steak Frites to better-than-storebought dips, and everything in-between. --- Send in a voice message: https://anchor.fm/afrosandknivespod/message ... 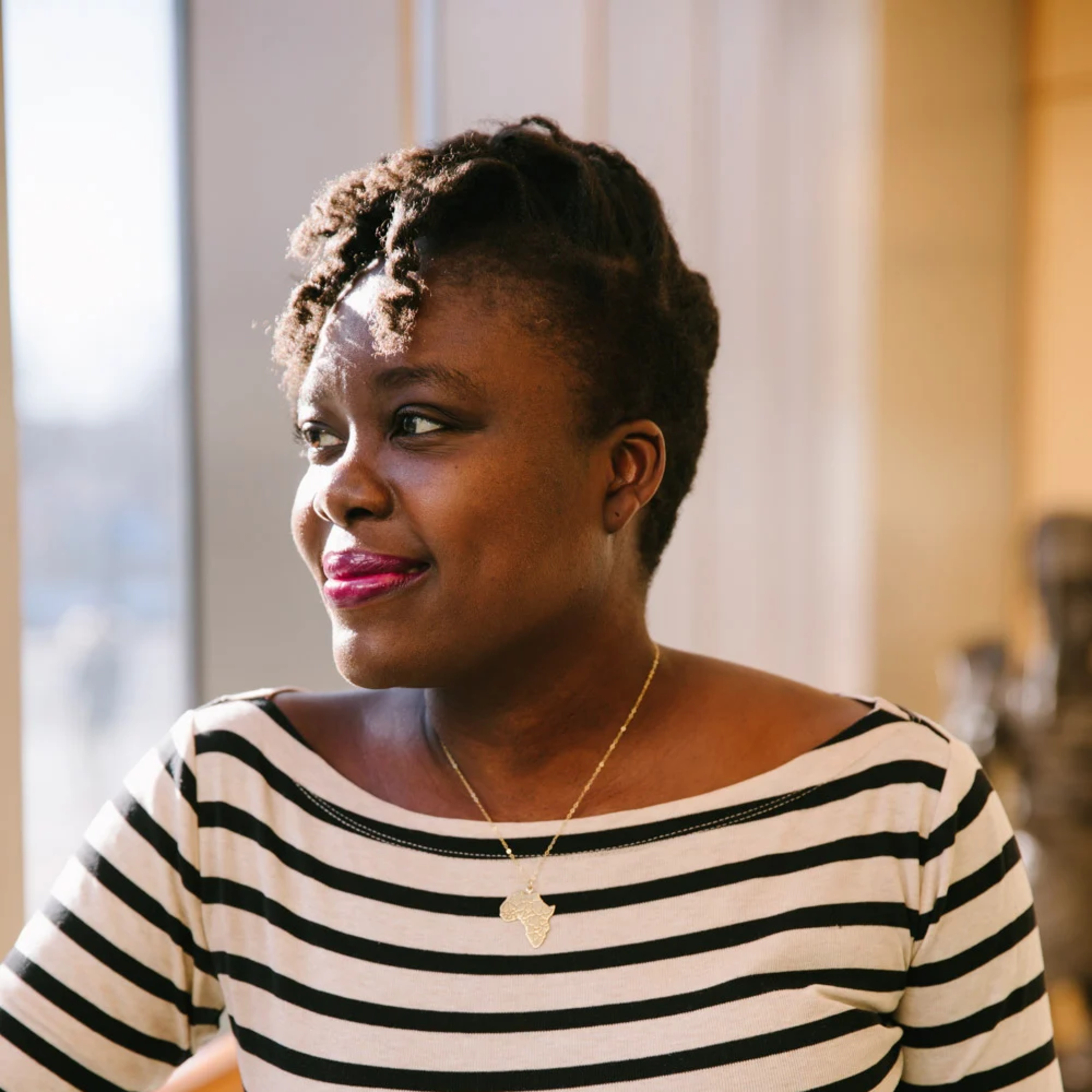 Grace Ouma-Cabezas is the Head of Growth for Poppy Seed Health, her previous role was as VP of kitchen and home brand Food52. She is a marketing executive with over a decade of experience, Grace has provided strategic vision and marketing positioning for a wide range of brands. Before making her way to Food52, she spent time in the fashion, beauty, and lifestyle media space at GLAMSQUAD and Birchbox — but her heart has always been in the kitchen. In 2019, Grace was named one of the Top Women in Media by Folio: Based in NYC where she’s been for 13 years in her chosen home of Harlem, she’s a Jersey-native and proud daughter of Kenyan immigrants.  She’s lived and studied in South Africa and lived and worked in Spain. Her multicultural perspective is a key part of her customer-first marketing philosophy and her view on the unique power of food in building cross-cultural connections. --- Send in a voice message: https://anchor.fm/afrosandknivespod/message ... In this bonus episode of the Afros and Knives podcast, host Tiffani Rozier chats with cultural anthropologist and documentarian Dr. Gail Myers. They discuss the work Dr. Myers has done with her organization, Farm to Grow, as well as her documentary film Rhythms of the Land. This film project will spotlight an array of farmers, rice growers, hog ranchers, dairy ranchers, barefoot farmers, sharecroppers, basket-weavers, shrimp farmers, vegetable farmers, and gardeners, each sharing their memorable stories with us for the first time. Dr. Gail Myers is a cultural anthropologist who earned the Doctorate in Anthropology from Ohio State University, the Masters in Applied Anthropology from Georgia State University, and the Bachelors in English from Florida State University. She is also the Co-founder of Farms to Grow, Inc, and has been advocating for African American farmers for more than 20 years.  Dr. Myers began researching African American farmers while at Ohio State University in 1997.  Her passion for Black farmers developed as a result of hearing stories of their loss and struggles without recognition for their contributions.  Myers is considered an expert in the anthropology of African American farming. In 1920, there were 920,000 black farmers in the United States, although many of those were sharecroppers and tenant farmers.  Today there are 42,000.  Dr. Myers' overarching goal is to preserve the stories and honor the legacy and the lives of African American farmers. --- Send in a voice message: https://anchor.fm/afrosandknivespod/message ...